This is the fourth installment of the series on interpreting the Health Enhancement Research Organization’s Outlines Guidelines report.  It covers page 23. The full series can be found here 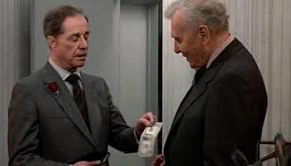 23 pages into their report, HERO has finally benefitted from the law of averages and gotten an analysis right…and it shows savings of: one dollar.

HERO conducted a “wellness-sensitive event rate analysis,” otherwise known as a plausibility test.  It’s the only valid way of measuring outcomes. Not coincidentally, I invented it.  There is no ambiguity about this.  It’s in all my old presentations and my first book, Why Nobody Believes the Numbers.  No one else has even pretended to claim credit. Nor is this one of those situations where the usual invention cliches apply.  The Chinese did not invent it in 1000 BC. DaVinci didn’t sketch it in 1541. The Germans and the Allies weren’t racing to develop it at the end of World War II. Nope, mine and mine alone.

Of course there is no attribution of that (or of any of my contributions to this field, anywhere, in their 88 pages).  I find this “oversight” quite flattering.

First, this methodology counts all the admissions, whether or not the patients/employees participated or didn’t participate in a program, or whether the admitted patients were even known to have the condition in the first place.  This is how it should be.  This eliminates the participation bias, one of the two biases (not including lying) that the wellness industry utilizes to sustain the fiction that it saves money.  It also eliminates regression to the mean (the other bias).

Second, this exercise generates 99 cents PMPM in gross savings.  Yep, basically one dollar, like the bet in Trading Places.  The “problem” with measuring validly is that your savings essentially dwindle to nothing.

One dollar.  The Duke brothers turned the lives of Dan Ackroyd and Eddie Murphy upside down over a one-dollar bet, and the wellness industry wants you to turn your entire employee relations strategy upside down — in their own words, damaging morale and your corporate reputation — in order to save: one dollar.  (That of course is one dollar before costs, which are $1.50.)

Quizzify…where there is no need to fake results

Third, believe it or not, even that $1 in savings is grossly overstated.  Focus on ischemic vascular disease or IVD (heart attacks, strokes etc.)   They show a decline of 7 admissions, or 23%, from 32 to 25 admissions — easily the largest component of the 9 avoided admissions they are attributing to wellness and disease management.  This decline took place over a 3-year period, as they averaged the two pre-program years and compared that to Program Year 2.

The problem is that, according to US Government data below, this set of IVD events declined everywhere over the same 3-year period by– as luck would have it– that very same 23%.  Don’t believe us?  Here is the data.  The comparable group on the display below is the “privately insured” cohort, underlined in red, now that we have figured out how to do underlines on screenshots. (Even Medicare, where there is no workplace wellness and where the population grew almost 10% and aged quite a bit, showed a decline in IVD of almost 10%.)

Despite the fact that all their savings from IVD got eliminated by the simple step of seeing how much savings would have accrued even without a program, I don’t think this particular oversight was purposeful on HERO’s part. I’d give them the benefit of the doubt and say the abject failure to compare their performance to the obvious benchmark was a rookie mistake.  The lesson is, before they write reports on outcomes analysis, someone should teach them how to actually do outcomes analysis.  I’m just sayin’…

By the way, a similar secular decline transpired in asthma nationwide.  The 2009-2012 decline was 21%, meaning that 2 of the 4 admissions HERO says wellness “avoided” over that period would have gone away on their own.

So when you take out the IVD decline of 7 admissions and 2 of the avoided asthma admissions, you are left with: no decline at all.  Essentially HERO just proved that – even before taking costs into account –  their vaunted “pry, poke, prod and punish” wellness programs are worthless. 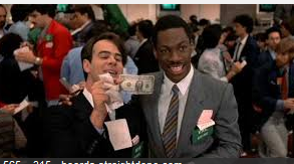 By whynobodybelievesthenumbers in HERO, wellness doesn't work on April 15, 2015.
← HealthFair Wins Wellness Industry’s Race to the Bottom HERO challenges us to a debate — Webinar April 22 →