First, congratulations to Joe Andelin, who caught just about every fallacy, alternative fact and, if there were such a thing, alternative fallacy in yesterday’s presentation. I know he did because I was on the call.

Wait, Al, didn’t you say they blocked you?

Yes, but displaying the same level of competence that they routinely bring to their day jobs, they managed to block only my video, not my audio.

Here were our predictions we got on the nose. We predicted he would say:-

The last is his go-to excuse. He said the University of Illinois program, which consisted of screenings and incentives to use the gym, was a “throwback to the 1980s.”  In reality, the program was a “throwback” to every single Koop Award-winning program, all of which feature “pry, poke and prod” programs and some kind of fitness incentive. The only thing missing from this program was the broccoli. 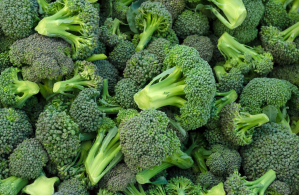 I was wondering where to go with the rest of this posting but then into my comments box popped my old friend Bob Merberg, who is perhaps the smartest person I have ever met on the subject of wellness outcomes measurement. His comments are better than anything I could have written (assuming I had been allowed to see the slides).  Here they are in their entirety:

Al, I’m not usually one to comment on other people’s blog posts, and certainly not one to promote my own content, but I attended the webinar and found the conclusions drawn by the presenters to be egregious. One of the presenters correctly pointed out that subjects in the treatment group were, “More likely to report that the employer values worker health and safety.”

But then — bizarrely — he went on to say, “In other words, … people felt more engaged, and had better morale, and had better feelings of satisfaction working for the employer by being in the treatment group. In my mind, the headline ought to be ‘Wellness Program Increases Employee Engagement and Morale’ as opposed to ’37 Things We Didn’t Find Any Difference In.‘” Another presenter termed this the key finding.

But feeling like your health and safety are valued, while important, is by no means a the same as morale, engagement, or job satisfaction. In fact, the study did not measure morale or employee engagement. It did measure job satisfaction, self-reported “bad emotional health,” and changes in happiness at work, and found that the intervention group experienced no significant improvement compared to the control group.

If we were to jump to any conclusions from this study, they might be that feeling valued are NOT linked to job satisfaction and other psychosocial metrics.

To promulgate that the “key finding” was improved morale, improved employee engagement, and improved job satisfaction, is at best a sign of failure to understand the study, and at worst a deception. Under any circumstances, it’s a disservice to the study subjects who presumably consented to participate in good faith science, to the researchers — who were meticulous in their methodology and transparency — and to those of us in the wellness industry who are more interested in understanding what works rather than distorting facts to serve our own self-interest.

Mostly for fun, a time-lapsed video of my research and writing process on this subject: https://youtu.be/hQ6HqkN-VPw