The “Back Story” of the JAMA wellness smackdown (Part 1)

Let’s climb into the WABAC Machine (and, yes, that’s the way it’s spelled) and set the dial for 2008. 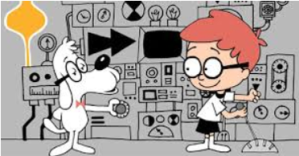 Then-candidate Barack Obama, campaigning on the promise of universal health coverage, enlisted Harvard professor David Cutler as his key adviser on that topic. Business lobbying associations were not thrilled about their members having to cover all their full-time employees and incorrectly assumed, then as now, that the major drivers of healthcare cost were employees smoking, overeating, and not exercising. Prof. Cutler suggested, quite correctly, that one way to assuage that concern would be to allow employers to spend less money covering employees with those three health habits.

Fast-forward to 2009, when it appeared that — with enough concessions to enough vested interests — the Affordable Care Act (ACA) could become a reality. Business lobbying groups were, then as now, powerful entities. Using Prof. Cutler’s suggestion, they were pacified by allowing businesses to tie up to 30% of total premium dollars to employee health (in practice, largely employee weight). Generally, the business lobbying groups engineered this withhold in the shadows. It wasn’t until 2015 that one of those business groups, the Business Roundtable, publicly admitted that the 30% withhold was the main reason they bought into the ACA.

Since this 30% was basically a giveaway to corporations, the Obama Administration needed to justify it as a cost-savings measure. On the one hand, they had the Safeway experience “proving” that wellness could save money in practice. This alleged proof was met with open arms by both parties. Safeway’s CEO became a “rock star” on Capitol Hill.  (Of course, Safeway’s wellness program, like virtually every other great-sounding success in wellness, turned out to be a scam. In retrospect, just reading the Safeway CEO’s Wall Street Journal op-ed today* announcing these results, it’s amazing how the mind-blowingly fallacious statistics didn’t get called out back then, by me or anyone else.)

What the Administration needed in addition to the Safeway experience was some academic support. It happens there is an old joke among economists that the definition of “economist” is someone who, upon finding that something works in practice, wonders whether it will work in theory. Enter Professor Cutler again. He enlisted the then-little-known Katherine Baicker, of the Harvard School of Public Health, who had no background or apparent interest in wellness, to lead-author a meta-analysis to prove that wellness works (he was the second author).

She “proved” the theory that wellness works by citing basically every research study ever published. In those days, like today, essentially every published study — virtually all published by wellness promoters in wellness trade journals — showed savings, thanks to three rather transparent fabrications:

The resulting meta-analysis, Workplace Wellness Programs Can Generate Savings, was raced into publication in Health Affairs, peer review be damned. (Indeed it was published so quickly that Prof. Cutler didn’t have time to disclose his conflict of interest.)

The finding was quite definitive, to two significant digits: wellness produced a 3.27-to-1 ROI on cost savings alone. This is an almost unheard-of level of precision and conclusiveness in a population health analysis. Plus, an additional precise 2.73-to-1 on productivity.

The game was supposed to be over. That article was supposed to be the cherry on top of the ACA, academically blessing the one aspect of ACA which both parties supported. It was billed as a true win-win, saving money by getting employees to be healthier.  This article became the single most influential article in Health Affairs history, with 935 academic citations alone, plus an untold number of start-ups, corporate program implementations, and references in lay publications.

Unfortunately, when you attract that much attention with a finding that is basically fabricated, someone is bound to notice. In this case, the someone was me. (I also encouraged RAND’s ace wellness researcher, Soeren Mattke, to take part in the effort, which he expertly did.)  It turns out that most if not all of the studies in this meta-analysis never should have made it to peer review, let alone passed it.  One researcher credited wellness programs with a reduction in spending on blood-borne ailments — like hemophilia, Von Willebrand’s Disease, and cat-scratch fever. Another found that you could save millions within six months by encouraging diabetics to eat more carbs. A third found that annual mammograms for women under 40 and low-fat diets saved Procter & Gamble 29%.

Part 2 will cover how Prof. Baicker distanced herself from this result to the point of disowning it…and how withering criticism from myself and others (notably The Incidental Economist) created a chain of events which got her back in the game despite saying she had “no interest.”

*Safeway’s CEO, Stephen Burd, eventually got tired of wellness and focused his efforts on another shiny new object: Theranos. He has subsequently retired from Safeway to become the honorary chairman of Mensa. (not)

By whynobodybelievesthenumbers in Uncategorized on April 22, 2019.
← Biggest news ever in wellness: it’s over As predicted, the wellness vendors are not conceding defeat →